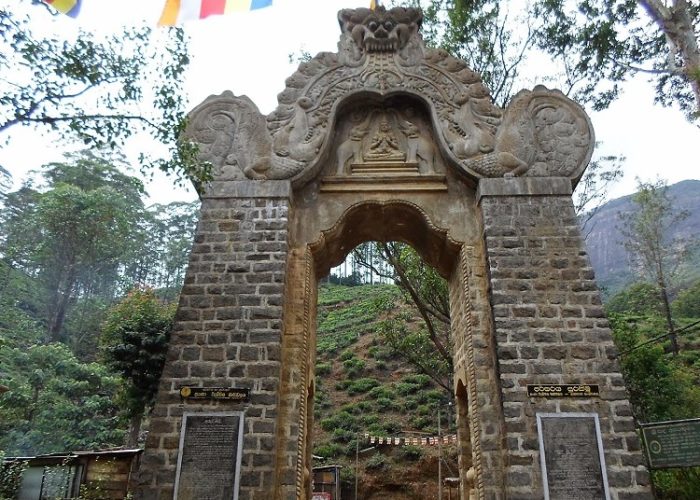 Tourists attraction. Makara is a sea-creature in Hindu culture. It is generally depicted as half terrestrial animal in the frontal part (stag, deer, crocodile, or elephant) and half aquatic animal in the hind part (usually a fish or seal tail, though sometimes a peacock or even a floral tail is depicted.) Makara take many different forms throughout Asia. In Hindu astrology, Makara is equivalent to the sign of Capricorn, tenth of the twelve symbols of the Zodiac. Makara appears as the vahana (vehicle) of the river goddess Ganga and of the sea god Varuna.

Makara are considered guardians of gateways and thresholds, protecting throne rooms as well as entryways to temples; it is the most commonly recurring creature in Hindu and Buddhist temple iconography, and also frequently appears as a Gargoyle or as a spout attached to a natural spring. Makara ornaments are a popular traditional wedding gift for the bride; these makara-shaped earrings called Makarakundalas are sometimes worn by the Hindu gods, for example Shiva, the Destroyer, or the Preserver-god Vishnu, the Sun god Surya, and the Mother Goddess Chandi. Makara is also the insignia of the love god Kamadeva, who has no dedicated temples and is also known as Makaradhvaja, “one whose flag depicts a makara”.
Категория : Main Sights
Район / Город : CENTRAL PROVINCEHatton
Reviews
There are no reviews yet, why not be the first?
Leave a review