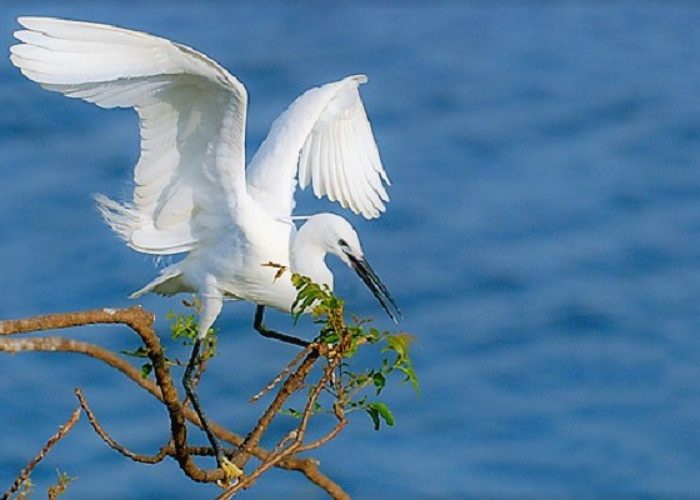 Kokkilai lagoon is an estuarine lagoon in Mullaitivu District and Trincomalee District, north-east Sri Lanka. The town of Kokkilai is located on a sand bar between the lagoon and the Indian Ocean. The lagoon is fed by a number of small rivers, including Churiyan Aru. It is linked to the sea by a narrow channel that is very often blocked by the sand bar. The lagoon’s water is brackish. The lagoon is surrounded by a densely populated region containing cultivated land, scrubland and open forest.

The land is used for prawn fishing, paddy cultivation and some shifting cultivation. The lagoon has extensive sea grass beds and small areas of mangrove swamp and mudflats. The shallow waters of the lagoon attracts a wide variety of water birds including pelican, cormorant, herons, egrets, wild duck, stork, waders and pink flamingoes. The lagoon was designated a wildlife sanctuary in 1951. Kokkilai Lagoon is partly surrounded by mangrove swamps and sea grass beds. The surrounding area includes cultivated land, scrub and open forests. Numerous varieties of water and wader birds are found in the sanctuary including cormorants, ducks, egrets, flamingoes, herons, ibis, pelicans and storks. The sanctuary is a haven for birds migrating along Sri Lanka’s east coast. Elephants are also found in the sanctuary. 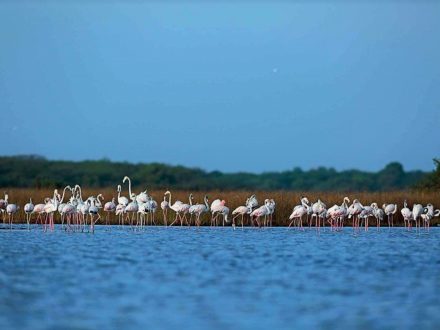