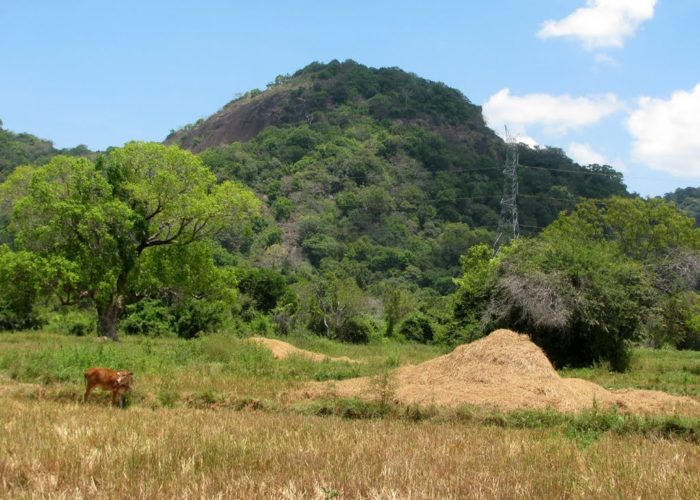 Ritigala Strict Natural Reserve is an ancient Buddhist monastery and mountain in Sri Lanka. The ruins and rock inscriptions of the monastery date back to 1st century BC. It is located 43 km away from the ancient monastic city of Anuradhapura. Ritigala mountain range consists of four peaks of which the main and the highest peak at the south of the range is named Ritigala Kanda. Ritigala mountain range, a 3776-acre (1582 ha) Strict Nature Reserve, in the Dry Zone of Sri Lanka, is managed by the Department of Wildlife of Sri Lanka together with the Forest Department of Sri Lanka At 766 m (2513 feet) above sea level, and 600 m above the surrounding plains, Ritigala is the highest mountain in northern Sri Lanka. The modern name Ritigala is derived from the ancient name Ariṭṭha Pabbata (Dreadful Mountain), mentioned in the Mahavamsa.

Its elevation is higher than the other main tourist attractions of the north central plains, namely Sigiriya, Dambulla and Mihintale. The significance of this topographical feature lies in the abrupt sheerness of the massif, its wooded slopes and wet microclimate at the summit. During the North East monsoon (December to February), Ritigala experiences the highest rainfall (125 cm) of entire dry zone. The wet micro climate at Ritigala is a singular occurrence in the north central plains, the ancient Sri Lanka’s “Wewe Bandi Rata” meaning “the land of rainwater reservoirs” in Sinhalese The climate at the summit is in sharp contrast to the climate at the foot; it is cooler in comparison to hot and dry climate of the region. Its rainfall records the highest in the whole of dry zone surrounding it by a good margin during the northeast monsoon of dry zone of the tropical island of Sri Lanka. The mist and cloud cover which encapsulate the summit during the south-west monsoon of Wet Zone of the island, results in high vapor condensation, in turn, turning the earth moist when the plains all around are in drought. 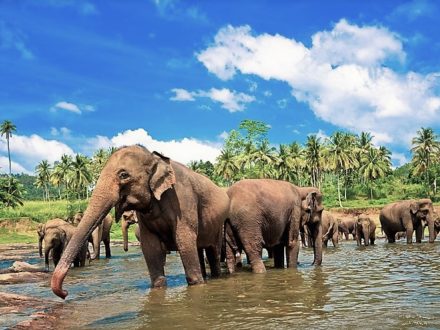