The tallest lighthouse in Sri Lanka – Dondra on the map, photo | Finder 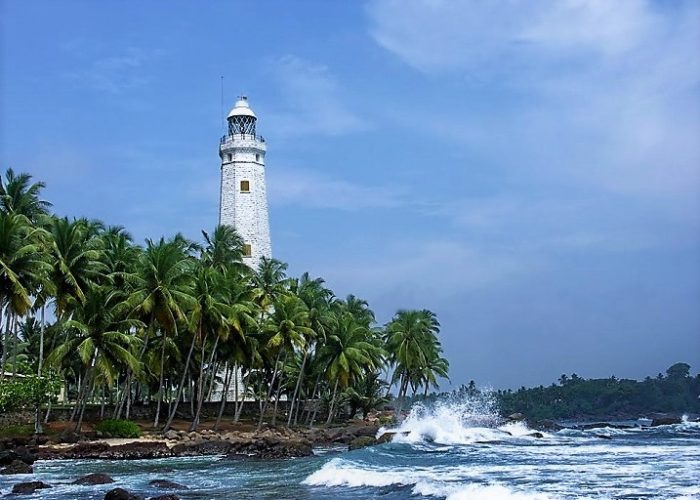 Dondra Head Lighthouse is a lighthouse located on Dondra Head near the southernmost point in Sri Lanka and is the tallest lighthouse in Sri Lanka and also one of the tallest in South East Asia. Dondra Head lighthouse is operated and maintained by the Sri Lanka Ports Authority. The lighthouse is near the village of Dondra, and is approximately 6 km (3.7 mi) southeast of Matara. The name Dondra is a synonym for “Devi-Nuwara” in the local Sinhala language, “Devi” meaning “Gods” and “Nuwara” meaning “City”. Dondra is therefore derived to mean “City of the Gods”. Dondra Head Lighthouse was designed by Sir James Nicholas Douglass, with construction, by William Douglass of the Imperial Lighthouse Service, commencing in November 1887. All the building materials including the bricks and steel were imported from England. The granite rock was supplied from quarries at Dalbeattie in Scotland and Penryn in Cornwall. The lighthouse was completed and commissioned in March 1890. The combined cost of erection of the lighthouse and the Barberyn Lighthouse was ₤30,000 and was paid for by dues collected at the Basses lighthouses.

Категория : Main Sights
Район / Город : SOUTHERN PROVINCEMatara
Reviews
There are no reviews yet, why not be the first?
Leave a review