Polonnaruwa is a Sacred city of Sri Lanka | main sight on the map, photo

Polonnaruwa is a Sacred city, the medieval capital of Sri Lanka

Polonnaruwa, the medieval capital of Sri Lanka and one of the famouse historical places of the island, rose to fame after the decline of Anuradhapura. The largest man-made reservoir, the Parakrama Samudraya, was built during King Parakramabahu’s reign and it is larger then Colombo harbour. The ruins of Shiva Devales and Hindu style decors show the blend of the infleunce of Hindu culture on Sinhala Buddhist culture. In the complex of Gal Viharaya there are imposing Buddha sculptures in granite. This is one of the most evocative pieces of sculpture in the world and one of the favourite destination for tourist in Sri Lanka. A unique style of brick work architecture is also seen at Lankathilake Viharaya.  Alahana Pirivena, a monastic complex, which was built by King Parakramabahu and have extended over an area of eighty hectars.
The Lankathilaka image house with its colossal standing Buddha Statue made of brick is found here as well as some recently excavated monk’s cells.  Furthermore Gal Viharaya or the Rock Monastery contains three large images of the Buddha hewn out of granite. These include the images of the seated Buddha, standing Buddha and recumbent Buddha.
One of the largest buddhistic stupa in Sri Lanka – Kiri Vehera, is a stupa believed to have been erected by Parakramabahu the 1st. on behalf of his consort Queen Subadra. It is structure made entirely of brick, and has a base diameter of 550 feet (170 m) and a height of 108 feet (33 m). However, the original shape of the stupa, particularly its upper portion, has been changed during renovation work carried out by later rulers and it is estimated that the original height of Rankoth Vehera may have been almost 200 feet (61 m).
In addition, the other interesting places, which recommended to visit in Polonnaruwa complex, are ruin’s of the King’s Council Chamber, the Royal Pavilion, the Palace of King Nissanka Malla, the Lotus Pool, in the south corner – the Bathing Pool (Kumara Pokuna), which has two of its crocodile-mouth spouts remaining. All these places show the high standarts of stone craft and artistry of this era. 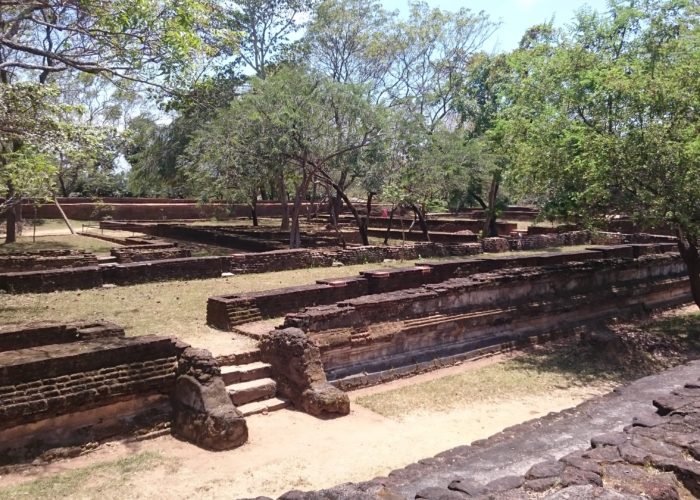 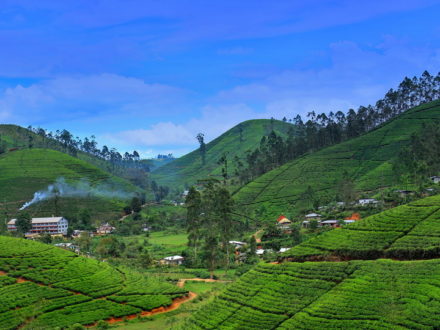 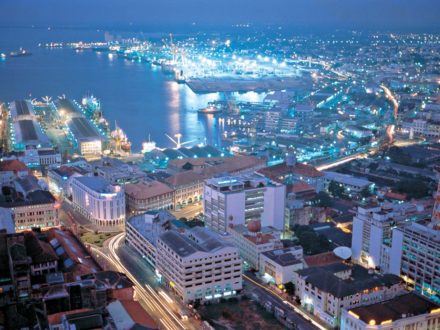 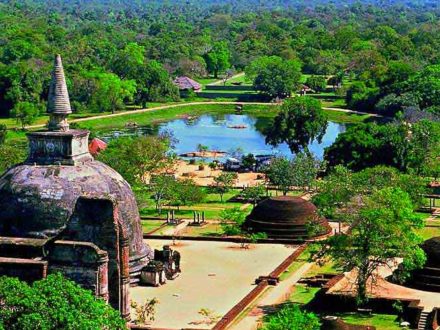 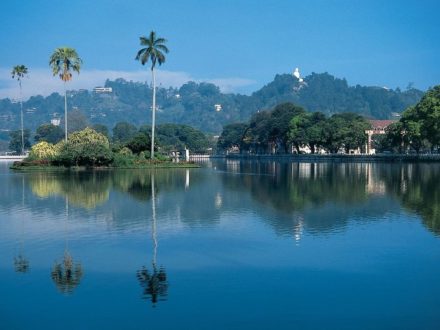