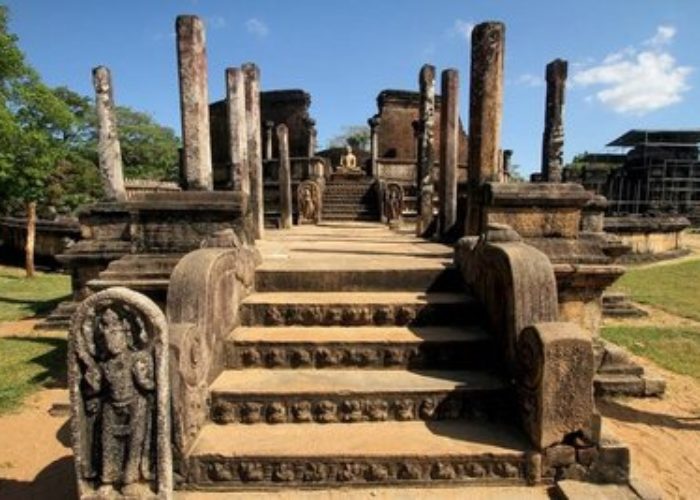 Nissanka Malla, also known as Kirti Nissanka and Kalinga Lokesvara was a king of Sri Lanka who ruled the country from 1187 to 1196. He is known for his architectural constructions such as the Nissanka Lata Mandapaya, Hatadage and Rankot Vihara, as well as for the refurbishment of old temples and irrigation tanks.

Nissanka Malla declared that only a Buddhist had the right to rule the country, thereby securing his position and justifying his claim for kingship. He spent large sums for various constructions and refurbishments, and also gave money to the public in an attempt to put down crimes. He maintained cordial relationships with several countries, and also invaded the states of the Pandyan and Chola dynasties in South India.

In addition, the other interesting places, which recommended to visit in Polonnaruwa complex, are ruin’s of the King’s Council Chamber, the Royal Pavilion, the Lotus Pool, in the south corner – the Bathing Pool (Kumara Pokuna), which has two of its crocodile-mouth spouts remaining. All these places show the high standarts of stone craft and artistry of this era.