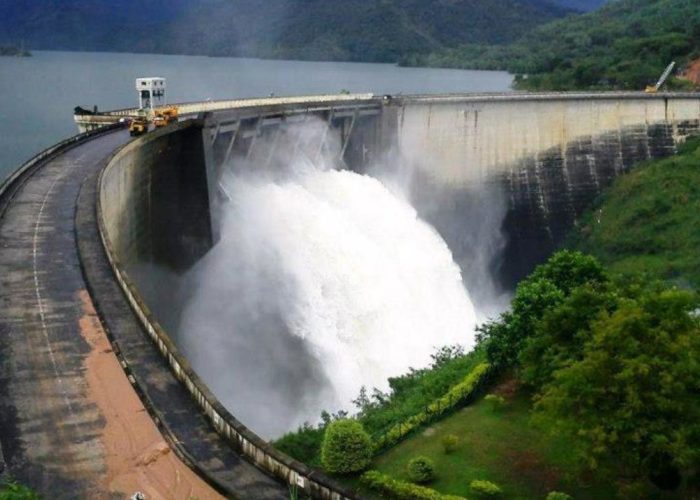 Victoria Dam is an arch dam located 130 mi (209 km) upstream of the Mahaweli River’s mouth and 4 mi (6 km) from Teldeniya. Its main purposes are irrigation and hydroelectric power production. It is the tallest dam in Sri Lanka, and supports a 210 MW power station, the largest hydroelectric power station in the country. Construction of the dam commenced in 1978, and was ceremonially completed by then-President Jayewardene in April 1985. The Victoria Dam was constructed under the Accelerated Mahaweli Development Programme (AMDP). The project had been in planning for 30 years but was accelerated in 1977 to address economic difficulties within the country. The plan is designed to irrigate 365,000 ha (901,935 acres) of land and provide 600 MW of electricity.

The Victoria Dam was originally proposed in 1964 after studies were completed by Canada’s Huntings Technical Services and a team from the United Nations Development Program—Food and Agriculture Organization (UNDP-FAO). Construction of the dam was inaugurated on 14 August 1978, by the then-President Jayewardene with implementation of the main structures beginning in 1980. Its completion was marked by a ceremony on 12 April 1985. Construction of the dam and tunnel was completed by the British Joint Venture of Balfour Beatty and Edmund Nuttall, while Costain Group carried out the construction of the power station. The consultant engineers on the project was Sir Alexander Gibb & Partners. The dam resettled about 30,000 people — four times the estimate. The dam measures 122 m (400 ft) tall, with a crest length of 520 m (1,706 ft), crest width of 6 m (20 ft), and a base width of 25 m (82 ft). The dam creates the Victoria Reservoir, which has a surface area of 22.7 km2 (8.8 sq mi), gross storage capacity of 722,000,000 m3 (2.55×1010 cu ft), and a catchment area of 1,869 km2 (722 sq mi).

Категория : Main Sights
Район / Город : CENTRAL PROVINCEKandy
Reviews
There are no reviews yet, why not be the first?
Leave a review