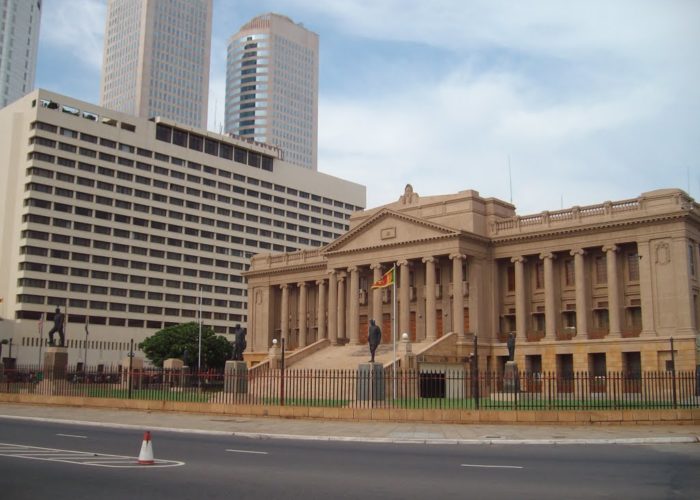 The present Presidential Secretariat is housed at the Old Parliament building at Galle Face. This magnificent edifice which represents a most important institutional landmark in our country’s political progress was built 82 years ago in “Ionic Style”, one of the five architectural orders Parliament building in appearance, resembles the Parthenon, the chief temple of the Greek Goddess, Athene, on the hill of the Acropolis at Athens.

The building of the Presidential Secretariat is interested in not only its unique architecture but a monument to the Governor-General Edward Barnes, standing in front of the building. Lieutenant-General sir Edward Barnes was famous for being Governor of Ceylon began the construction of roads Colombo-Kandy and other road ways. Due to this fact, the monument to the Governor-General Edward Barnes in Colombo adopted in the country over the zero, therefore, the location of all other localities in Sri Lanka is determined on the basis of distance from Colombo. Kandy, for example, is 110 km from Colombo.

Категория : Main Sights
Район / Город : WESTERN PROVINCEColombo
Reviews
There are no reviews yet, why not be the first?
Leave a review