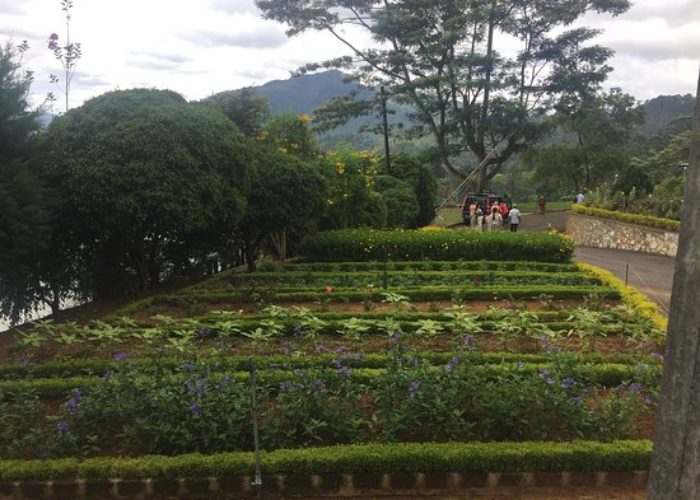 At New Ranweli Spice and Herbal Garden you will get the chance of seeing how spices and herbs like Turmeric,  Pepper Corns, Cloves, Cardamom, Nutmeg, Vanilla, Cinnamon, Cocoa, Aloe Vera, etc. are grown in their natural environment.

New Ranweli spice and Herbal Garden is located in the Hill Capital, in close proximity to Peradeniya Royal Botanical Garden.

Spices which we take today for granted have once been the biggest trade in the world. It has contributed a great deal to the discovery of new land. It has made kings conquerors. It has created  and destroyed empires. It has made masters slaves. And this list of things is unending.

We hear stories of the Ancient Greeks and Romans controlling the spice trade in Europe and we also hear that once spices were used as a form of payment. In other words spices like cinnamon and cloves have been used as currency a long time ago.  All this is evidence to suggest how much spices were valued all over the world.

As already mentioned the spice trade was mainly in the hands of the Arab traders who made a lot of profit by acting as middlemen. The Europeans did not have access to the Eastern spice market because during that time there was no sea route to reach the spice producing countries of Asia.

Nevertheless during the 15th century that is during the Renaissance period people started to look afar for new opportunities. It was during this period they discovered the new sea route to the East and started to dominate the sea trade and particularly the spice trade in the world.

Among the nations who wanted to control the spice trade were the Portuguese, Dutch, Spanish, and the English. Not only did they engage in the spice trade ,they also changed the whole of Asia tremendously

One must visit a Spice Garden in Sri Lanka to get an insight into the long cherished spice history of the island. Spice gardens in the hill capital ,Matale, Mawanella etc. give fascinating experiences to spice lovers from all over the world. In fact most of the tourists visiting these gardens take back with them a memorable experience after seeing and feeling Sri Lankan spices.

Sri Lanka which was then known as Taprobane, was world renowed for its high Quality Spices. It is believed even during ancient times the Greeks, Romans and the Arabic kept up their connections with Sri Lanka through the spice trade. In the sixteenth century Ceylon, as Sri lanka was then known, was found by Portuguese who soon started exchanging cinnamon and different spices with the kings of Ceylon. They were followed by the Dutch and English who contributed their share to shape Sri lanka’s spice history. In fact in the Western part of the country which was mostly frequented by the Europeans, the uniqueness of the dishes can be tasted even today.

Among the mostly exchanged spices, cinnamon takes the first place.The Dutch loved cinnamon and even went to the extent of imposing certain laws to punish those who fell or harmed cinnamon trees. Among the other much valued sri lankan spices are  cloves, cardamom, nutmeg, mace and pepper, for which Sri Lanka is famous all over the world.

Imagine your favorite dishes with no spices. Impossible, right? Right from the kitchen and as home remedies spices play a big role in most of Sri Lankan households. As Sri Lanka  is blessed with a mixed atmosphere each of its provinces produces some spice or the other. No big surprise why spices are utilized so widely for cooking in Sri Lanka. In Sri Lanka as well as in some other nations spices are believed to perform miracles.

Aside from added to enhance the, flavor,taste and aroma, of food, spices give unbounded medical advantages too. we can make the most of all these spices, if we know their uses better. Some may even be a substitute for your medicine.

We can without much of a stretch put it like this, wherever you discover a Sri Lankan you will discover Sri Lankan spices. No big surprise, because from the time immemorial spices were widely used in Sri Lanka and Sri Lankans are very proud of their spices and cooking. when all the fancy food items from all over the world come to Sri Lanka, some Sri Lankans still stick to their traditional spicy foods because of their nutritional value. 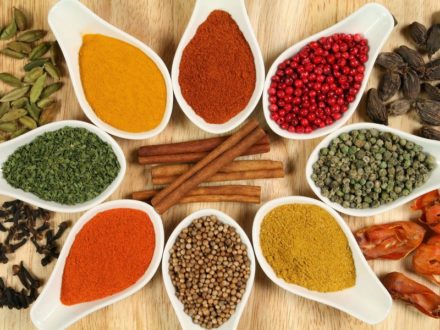