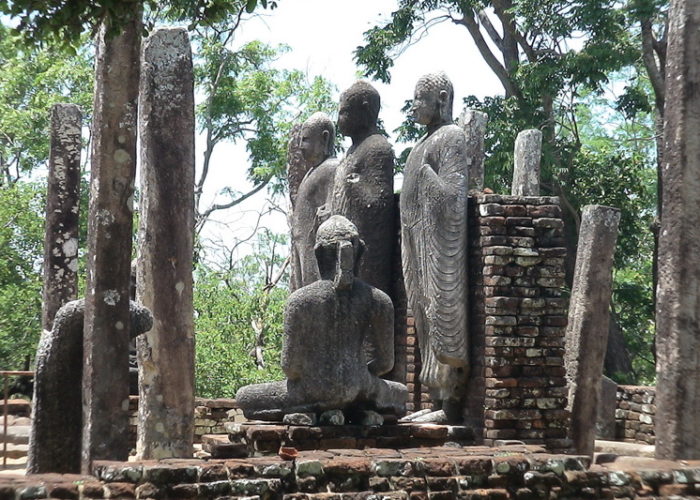 The remnants of the ancient city of Medigiriya, dating from the era of the reign of the capital Anuradhapura (2nd century AD), are deep in the jungle of the north-central province of Sri Lanka, 30 km north of Polonnaruwa (from Colombo about 225 km).

In 1897, the English traveler Mr.Bell accidentally discovered the ruins of this city in an impenetrable jungle. On an area of 600 hectares there were: temples, houses, stupas, hospitals, ponds, statues, many stone sculptures and frescoes of great historical value.

The main attraction of the ancient city is the temple complex of Vatadage (Vatadage), dating from the 7th century. It was opened for viewing after the restoration in 1945, and when visiting it gives a complete picture of what the temple looked like 1000 years ago.

Walk around the ancient city and get acquainted with its architecture is quite romantic among the overgrown jungles, ponds with lotus flowers, peacocks and jumping monkeys.

Категория : Main Sights
Район / Город : NORTH CENTRAL PROVINCEMedirigiriya
Reviews
There are no reviews yet, why not be the first?
Leave a review