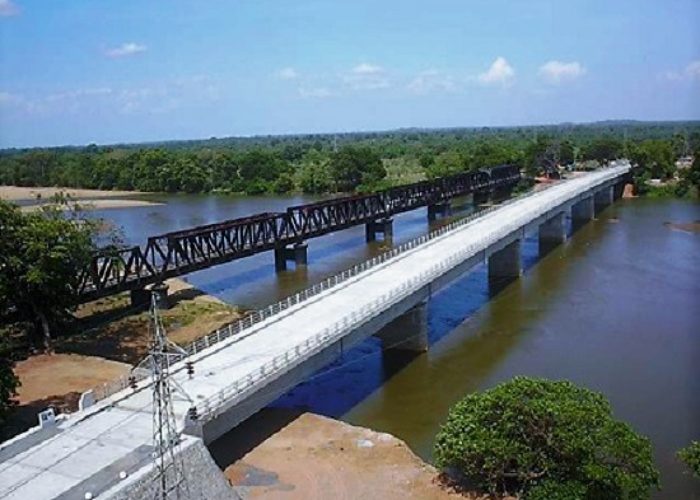 Manampitiya Bridge is the second longest bridge in Sri Lanka with a length of 302 meters. It comprises 2 bridges, an early-twentieth-century steel bridge which is used for railway and a newly built bridge carrying 2 lanes of highway. Before the Kinniya Bridge was declared open in 2009, it was the longest bridge in Sri Lanka. The steel bridge was built in 1922, during the colonial rule. It is 291 meters long and less than 5 meters in width.