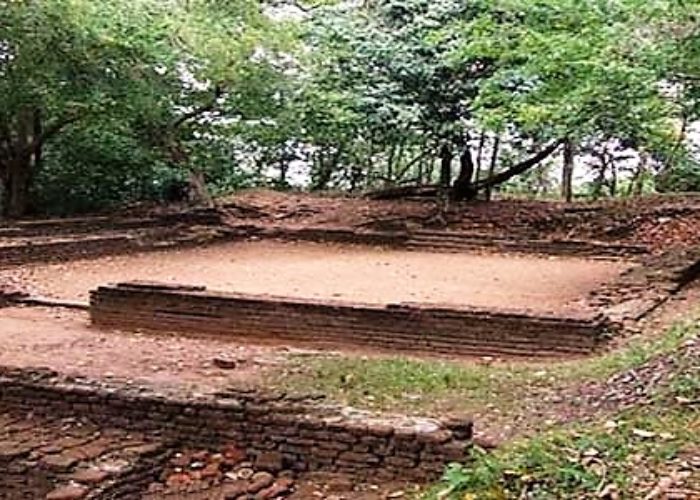 Indian invasions in the early 13th century briefly dislodged Polonnaruwa as the royal capital and brought the royal palaces to a century-long hiatus in the north-west of the island. Vijayabahu III (1232-36) fought these invaders and retreated to build his palace on the summit of Dambadeniya, which was solidly fortified and secured by a moat, marsh and sturdy ramparts. His son, Parakramabahu II, later became king and ruled until 1270, successfully winning a momentous battle against the Indian King Kalinga who wanted to wrest control of the tooth relic. It was during Parakramabahu’s time that Dambadeniya, 30km south-west of Kurunegala, reached the height of its glory, and where the tooth relic was safeguarded.

Though excavations have not been extensive at Dambadeniya, the visitor can see remains of the palace, the temple of the tooth and six ponds (perhaps bathing pools), and climb the the rock to get excellent views. The Vijayasundaramaya, a restored 18th century temple a little walk from the main palace complex, contains Buddha images and wall paintings.

Категория : Main Sights
Район / Город : NORTH WESTERN PROVINCEKurunegala
Reviews
There are no reviews yet, why not be the first?
Leave a review