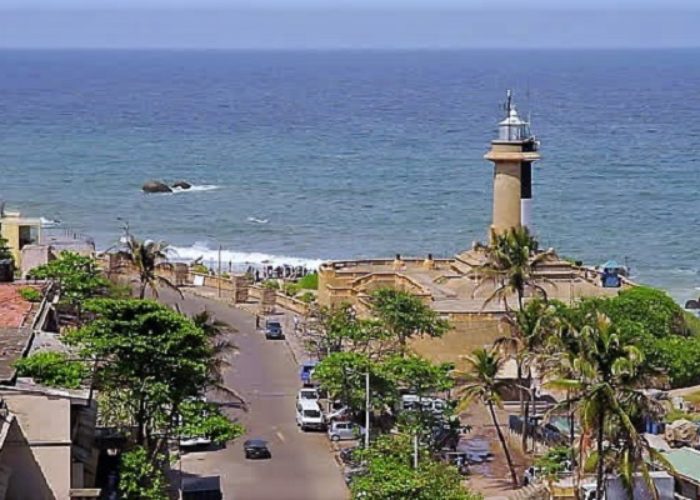 Colombo Lighthouse is operated and maintained by the Sri Lanka Ports Authority. It is located at Galbokka Point south of the Port of Colombo on the waterfront along the marine drive, in Colombo fort. The current 29-metre-high (95 ft) lighthouse was built in 1952 after the Old Colombo Lighthouse was deactivated when its light became obscured by nearby buildings as part of the Colombo Harbor Expansion project. Colombo lighthouse was opened by Rt Hon D.S. Senanayake, the first prime minister of Ceylon. Built on a concrete base which is 12 m (39 ft) high, it has four statues of lions at its base. Due to the panoramic view of the Indian Ocean it offered, it became a city landmark. With the escalation of the Sri Lankan Civil War, public access to the site was restricted. This was due to its placement in a high-security zone as it is across the street from the Naval Headquarters and close proximity of the Port of Colombo.

Категория : Main Sights
Район / Город : WESTERN PROVINCEColombo
Reviews
There are no reviews yet, why not be the first?
Leave a review